Unity over Discipline: Tales from the Borderlands of Two Cultures 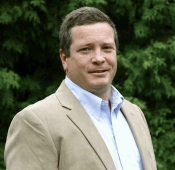 Jon Erickson is Professor in the Rubenstein School of Environment and Natural Resources and Fellow of the Gund Institute for Ecological Economics at the University of Vermont. He has published widely on climate change policy, renewable energy economics, environmental management, and the theory and practice of ecological economics; led international research and education programs as a Fulbright Scholar in Tanzania and visiting professor in the Dominican Republic, Iceland, and Slovakia; produced Emmy award-winning documentary films on water, energy, and food system transitions; and founded and led numerous non-profit organizations including the U.S. Society for Ecological Economics, Adirondack Research Consortium, Deportes para la Vida, and Bright Blue EcoMedia.

C. P. Snow's infamous lecture, "The Two Cultures and the Scientific Revolution," is as relevanttoday as when first delivered in Cambridge in 1959. Snow argued that the two competing cultures of the sciences and humanities, pervasive at universities and society at large, were hindering solutions to the world’s major problems. Today the rift between humanistic theories of the emancipated self and scientific claims of a materially-based human animal continue to be at odds over central questions of ethics, law, and economics. Economics, in particular, as currently taught and practiced throughout the world, is untethered from scientific fact and standards of evidentiary proof. In a word, economics is dangerous, threatening the habitability of our planet and the stability of our societies. Deliberative discourse, empirical fact checks, and collaborative modeling are helping to bridge the divide, where disciplinary assumptions must be vetted, tested, and defended. In this plenary lecture, Professor Erickson shares stories from the borderlands between economics and the sciences to help construct tentative footbridges that our students, scholars, and decision-makers may cross to reveal an emergent unity of knowledge to confront the most challenging problems of our species.